The Law of Opposites

The Problem:
​
We just can’t seem to ‘think out the box’, to be creative and see what isn’t obvious. Is this something I can develop within my team?


The Solution:
​
Well of course this isn’t something that will be solved overnight but the good news is that there are things that can be done to developed creativity, much like developing a muscle.

Here would be one such exercise that could be done to develop ‘creative fitness’.

Pick a number of words, titles and even phrases that permeate your business / team. Those words that are continually used and acted on or responded to without thought or hesitation as they are so ingrained in your thinking. These words could be titles, business buzzwords, descriptive words that define functions, routines and processes. Having drawn up such a list (especially one to which your team can relate) think of opposites to those words. For example, take the role of ‘Conference Organiser’ - what would the opposite of that be? Maybe, ‘Unconference Disorganiser’? Now unpack what an, ‘Unconference disorganiser’ would do or what such a role could involve. Another possibility is to use the ‘opposite’ to reach further and find a creative alternative to reframe the original word.

This might sound crazy (at first) but trust the process. Going back to our example, conferences tend to be orchestrated, programmed to the minute and predictable with the end result that they all too often are boring, sterile and somewhat meaningless. There is an emerging trend to host ‘unconferences’ - where the principles of self-organising, creativity, active participation, spontaneity and complete stakeholder buy-in are given room to breathe. Could you imagine such a break-away or conference in you your organisation or with your team? Exploring what an ‘unconference disorganiser’s’ role or responsibility in all this might be is guaranteed to generate alternative thinking and creativity along unstraight lines. (‘Unstraight’? A case-in-point!)

Tomorrow’s sense is often today’s nonsense. This experiment might well encounter some dead ends but as surely as it does so, so it will also lead to undiscovered territory with all the promise that holds. 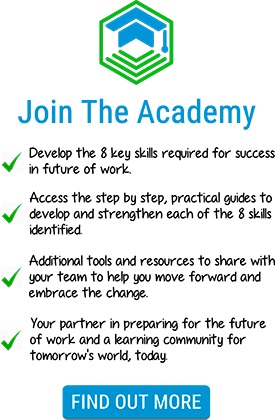